An Evening with Captain "Sully" Sullenberger

Presented by the Cal Poly Center for Leadership 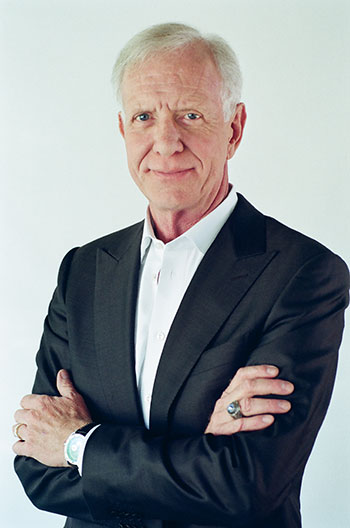 Cal Poly will present “An Evening with Captain ‘Sully’ Sullenberger” at 8 p.m. Thursday, Nov. 30, in the Performing Arts Center, an event to benefit the university’s Center for Leadership.

Get an extra 50% off tickets.
Promo Code: LEADERSHIP

Tickets during the sale are now as low as $20.
Cal Poly students, faculty and staff can purchase tickets as low as $5.
Premium ticket holders will gain access to an exclusive pre-event reception and photo opportunity with Captain Sullenberger for only $75. We are also excited to offer the opportunity to gift a ticket to a Cal Poly student who may not otherwise be able to attend. Tickets may be purchased in advance at the Cal Poly Ticket Office from noon to 6 p.m. Monday through Saturday. The ticket office is in the Performing Arts Center on Grand Avenue at Cal Poly. Tickets can also be reserved by phone at 805-756-4849.

Captain “Sully” Sullenberger is a renowned safety expert, speaker and author who rose to prominence after his heroic actions during the “Miracle on the Hudson.” Shortly after takeoff from New York’s LaGuardia Airport on Jan. 15, 2009, US Airways Flight 1549 struck a flock of Canada geese and lost all engine power. Sullenberger and fellow pilot First Officer Jeffrey Skiles safely executed an emergency landing on the Hudson River, saving the lives of all 155 passengers and crew on board.

“We are honored to have Captain Sullenberger share with the community his compelling story about leadership under pressure. His talk in support of the Cal Poly Center for Leadership will allow us to expand our programming and develop student leaders into the future,” said Director of Leadership and Service Jason Mockford.

Proceeds from this one-time speaking engagement will benefit Cal Poly’s Center for Leadership, which provides a quarterly leadership certificate program and ongoing programming to foster personal growth, effective teamwork, civic engagement, determination and self-awareness in students, while allowing them to discover and develop their leadership qualities.

In recognition of his efforts, Sullenberger has been awarded the French Legion of Honour (2009); the Harvard Foundation’s Peter J. Gomes Humanitarian Award (2009); the Simon Wiesenthal Center’s Medal of Valor (2009); the Air League’s Founders Medal (2009); the Guild of Air Pilots and Air Navigators Master’s Medal (2009); and Lloyd’s of London’s Gold Medal for Saving Life (2009). In 2011, Purdue University also awarded him an Honorary Doctorate of Letters.

Sullenberger captured the experience in his 2009 memoir, “Highest Duty: My Search for What Really Matters,” which was later adapted for the 2016 feature film “Sully,” starring Tom Hanks. In addition, his story has been the subject of several network television programs, including CBS’s “60 Minutes” in 2009; the 2009 Discovery Channel documentary “Hudson Plane Crash – What Really Happened;” and TLC’s 2010 documentary “Brace for Impact,” among others.

Sullenberger serves on the U.S. Department of Transportation’s Advisory Committee for Automation in Transportation and still flies privately.

About the Center for Leadership

Chesley B. “Sully” Sullenberger, III has been dedicated to the pursuit of safety for his entire adult life. While he is best known for serving as Captain during what has been called the “Miracle on the Hudson,” Sullenberger is a safety expert, speaker, and author. He currently serves on the U.S. Department of Transportation’s Advisory Committee for Automation in Transportation. He still flies privately.

Born in Denison, Texas, Sullenberger pursued his childhood love of aviation, learning to fly at 16. Upon graduation from the U.S. Air Force Academy, he served as a fighter pilot in the U.S. Air Force, then was an airline pilot, instructor, and accident investigator until his retirement in March 2010.

Sullenberger became internationally renowned on January 15, 2009 when he and his crew safely guided US Airways Flight 1549 to an emergency water landing in New York City’s frigid Hudson River. Sullenberger and his crew received international acclaim for their actions, including the passage of a Congressional resolution recognizing their bravery. Sullenberger was ranked second in TIME's "Top 100
Most Influential Heroes and Icons of 2009” and was awarded the French Legion of Honour.

Sullenberger is the #1 New York Times best-selling author of Highest Duty: My Search for What Really Matters and also wrote Making a Difference: Stories of Vision and Courage from America's Leaders. Clint Eastwood directed the major motion picture about Sullenberger, titled Sully, based on Highest Duty, with Tom Hanks in the lead role. The film was released to critical acclaim in September 2016. Highest Duty has been republished as Sully: My Search for What Really Matters.

Sullenberger is an international lecturer and keynote speaker on how to achieve the highest levels of performance, reliability, and safety through effective crisis management, continuous learning, leadership, and culture.